"He didn't want to look like a beautiful woman, He wanted to show the way it felt to be Beautiful" As the 1980's began, Andy Warhol and I decided that we would collaborate together on a project. Impatient as I was, there was one thing I was sure of. We should do something unique, without imitating anything that had been done before by Andy, whose work by then was world-famous. Later in the 80's Andy would collaborate on painting projects with other friends in our circle like Keith Haring and Jean Michel Basquiat. But my collaboration with Andy was about photography. 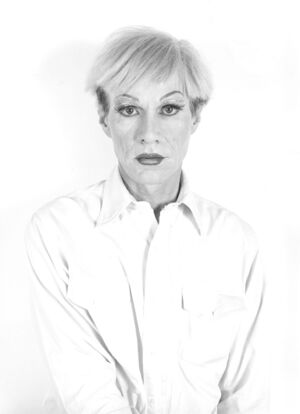